April 15th – Too Slim & The Taildraggers 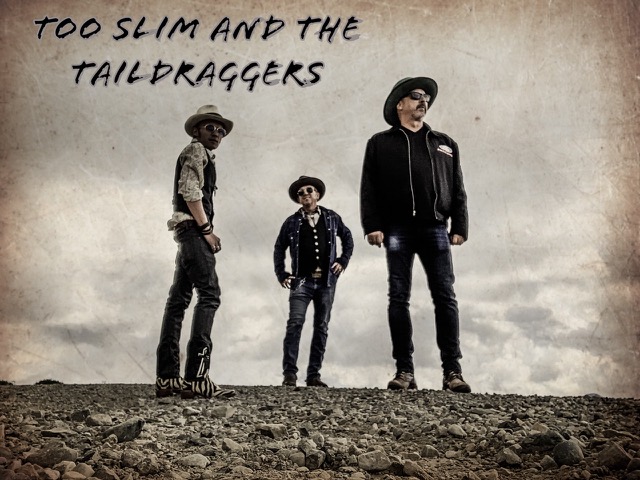 Tim “Too Slim“ Langford is a monster guitarist and unabashed blues rocker whose influences run the gamut from Lightnin’ Hopkins, Freddy King, Duane Allman, and Lynyrd Skynyrd to Robin Trower. He is a prolific singer/songwriter whose songs have now yielded an impressive 13 studio Too Slim and the Taildraggers albums, 2 solo albums and several live CD’s all on his own Underworld Records imprint. Too Slim and the Taildraggers are Tim “Too Slim” Langford on guitar/vocals, Zach Kasik on bass/vocals and Jeff “Shakey” Fowlkes on drums/vocals.

Join us for dinner and drinks! The Sapphire Room features a full food and bar menu with table-side service.

With the purchase of a ticket, Sapphire guests are eligible for The Riverside Hotel’s “Sapphire Getaway” for $119 + tax. Includes a standard hotel room (double occupancy) and breakfast for two the following morning. To reserve, please call 208-343-1871.

The Sapphire Room is all-ages and family-friendly. Every person that enters must have a ticket. No babes in arms.

Please note that general seats may have a partially obstructed view.

100% refunds are available until 24 hours before the event. Refunds cannot be processed after the event occurs for any reason.